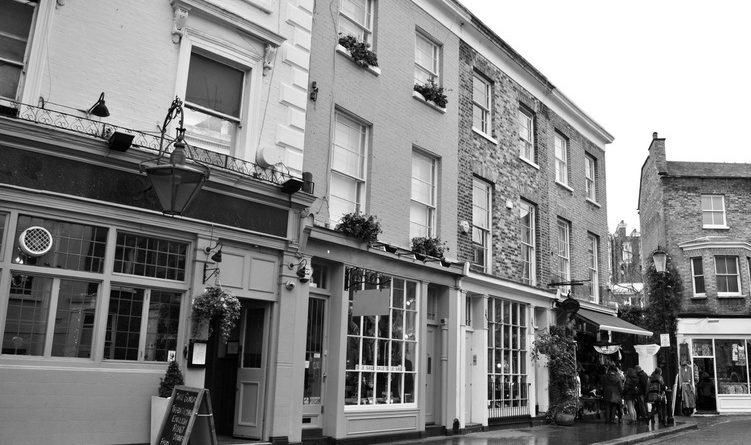 The Notting Hill area has a rich and varied history. As the area continues to develop, it is important to consider the history so that the area can maintain some its interesting heritage. Understanding the history of Notting Hill also helps us to understand how the area looks today.

The Notting Hill area can be found in records dating as far back as the 13th Century, albeit under an earlier version of the name; Knottynghull. The Knott section of the name may have been derived from the Viking king Cnut. If this is the case, then it is likely that a settlement at Notting Hill has existed in some form for over 1000 years.

In the 18th century, Notting Hill became known for its brick making and pig farming industries. The soil in the area contained high levels of clay and was therefore perfect for brick manufacture. The extraction of the clay for the production of bricks and pottery left a number of large holes around the area. A number of firing kilns also appeared in the area to facilitate the making of bricks. One of these historic kilns can still be seen on Walmer Road.

Many of the local pig farmers were forced to live in squalor due to the rapid expansion of the area and the westward expansion on London. Sanitation in the area was poor and many of the clay extraction holes filled up with sewage, pig slurry and stagnant water.

Development in the 19th Century

In the early 19th century, wealthy landowner James Well Ladbroke began to develop his Notting Hill estate into a carefully planned suburb. He aimed to attract wealthy Londoners to move to the area. His development mainly consisted of large terraced houses with communal garden areas or “pleasure grounds”. These houses were largely used by upper middle class families who had a small number of servants. The area also became popular with the artistic and cultural elites of London. Notting Hill was subsequently featured in a number of late 19th and early 20th century works.

During the Blitz, a large number of the townhouses in Notting Hill were damaged or destroyed by bombs. In response to the changing demographics of the area, many of these houses were rebuilt as Homes of Multiple Occupancy (HMOs).

HMOs normally contained private bedroom areas for occupants, but communal areas such as the kitchen and bathroom would be shared with others in the house. Many landlords took advantage of this change of use and many of the homes in Notting Hill became slums. One particular landlord who operated in the area, Peter Rachman, became so infamous for his dealings that the term “Rachmanism” began to be used to describe the exploitation and intimidation of tenants. Notting Hill was once again thought of as one of the worst areas of London. Ultimately, the housing conditions in the Notting Hill area helped to improve rented housing across the whole country. The Notting Hill Housing Trust was integral in shaping and supporting legislation that was designed to improve the standards of rented accommodation for all tenants.

The cultural heritage of Notting Hill also began to change in the post-war period as an Afro-Caribbean community began to develop in the area. Many of these residents had come to Britain following the 1948 British Nationality Act, which allowed all Commonwealth citizens to have the full right to settle in the UK. Many of the new residents in Notting Hill came from the West Indies area of the Caribbean. They found work doing low-paid manual labour roles and they found cheap accommodation in the slums in the area. This often put the new residents in direct competition with white working-class residents of the area, who were already experiencing poverty and exploitation from unscrupulous employers and slum landlords.

Tensions in the Notting Hill area came to a head in 1958, following an attack on a white woman of Swedish descent. She was attacked by a small group of white youths because she was known to be married to a black Jamaican immigrant. Following the initial attack, the group grew larger and began to target homes where there were known to be West Indian residents. Fighting, rioting and civil unrest spread throughout the Notting Hill area as black residents took to the streets to protect themselves. Over 140 people were arrested over the course of the riots, which lasted for around a week.

Following the rioting in Notting Hill, local residents and activists decided to hold a Caribbean Carnival to celebrate Afro-Caribbean culture in the United Kingdom. The carnival was held in St Pancras town hall and was televised on the BBC as a way to improve race relations. Within a few years, the Notting Hill carnival had become an annual event which attracted thousands of people, including many visitors from outside of the West Indian community. The Notting Hill Carnival is now the largest carnival in Europe and attracts over 1 million visitors per year.

In the late 20th Century, Notting Hill started to regain popularity amongst upper middle class Londoners. Many of the former HMOs have been converted back into large, single occupancy houses. The area has once again become a home to cultural elites and wealthy politicians. Notting Hill has some of the highest house prices in the country. The area is also home to a large number of independent shops, restaurants and cafés.